What kinds of funding does Slovenia offer?

Day 1 at the #Access2Finance conference during PODIM

On the first day of our Access2Finance conference at PODIM we were lucky enough to bring home some great advice and general knowledge on how startups can get access to funding in Slovenia, thanks to the talks given by the insightful speakers on the panel.

The conference opened with an exhaustive explanation by Krzysztof Gawrysiak (MIT Enterprise Forum, Poland) on what an accelerator is and what the motivations for a startup to accelerate should be. When wondering whether you should undergo the process of acceleration, Krzysztof stressed that you definitely should. Accelerators, as Krzysztof put it, are the places where you can hear other views, acknowledge different opinions and get access to crucial business connections.

Nonetheless, in Europe we are still lagging behind and have a long way to go.

“At accelerators, you have access to all the basic ingredients that allow your business to grow and that are needed to really start considering growth” Krzysztof Gawrysiak added.

Following Krzysztof’s presentation on accelerators, it was time to listen to brief presentations on funding opportunities for startups at different stages. First up was Branko Drobnak, representing Business Angels Investing in Slovenia.

Branko mentioned that at Business Angels Investing they are collecting ideas from MVP-stage startups that have little traction and just enough buyers to allow them to receive some feedback. This feedback represents the voice of the market and of potential buyers and it is key as it allows the startup to know whether it should pivot or not. 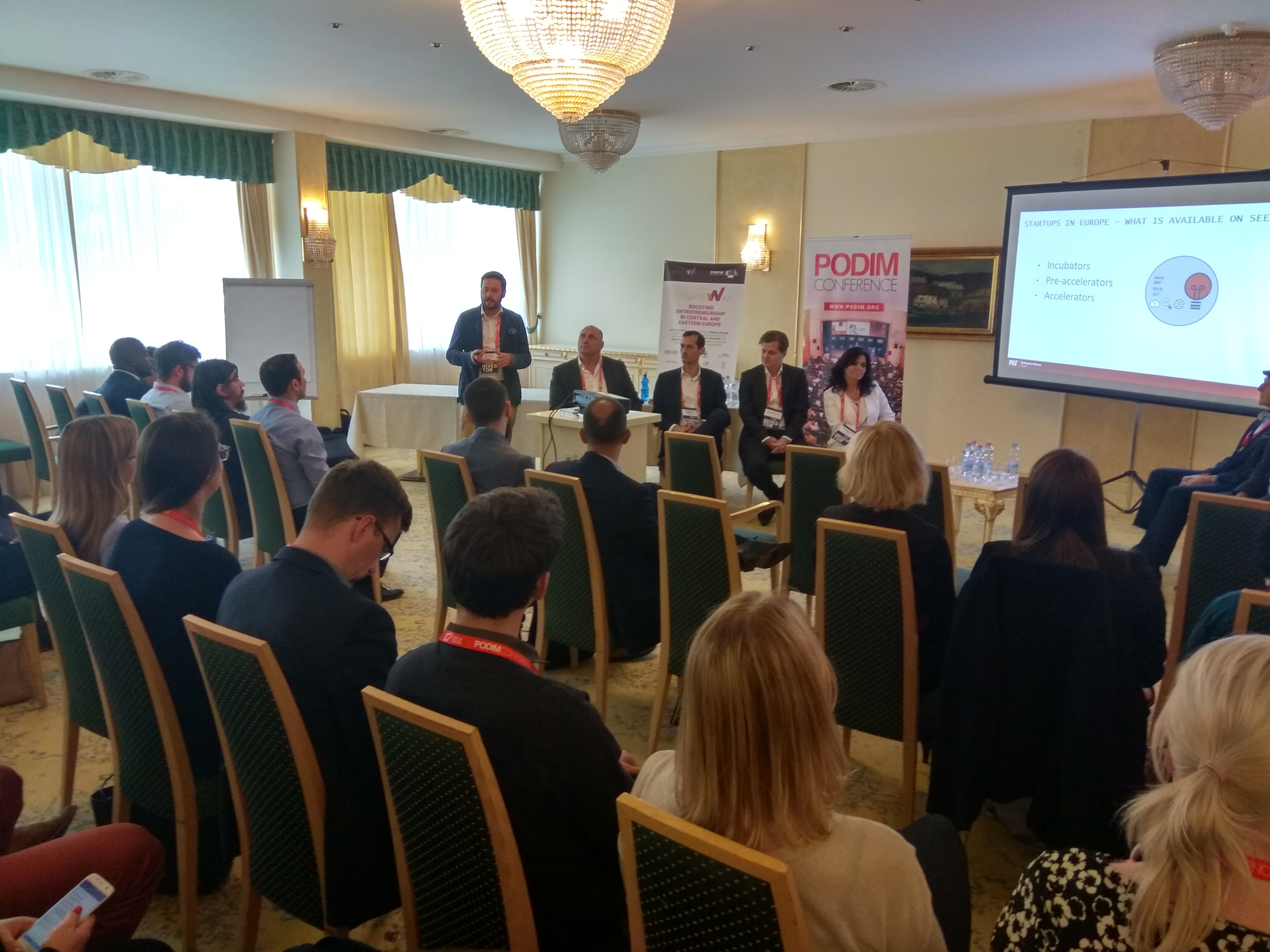 In Slovenia, Business Angels are merging into small groups of four or five Angels and are starting to create syndicates. Those syndicates not only provide advice to startups but also introduce them to a greater network.

Apart from listening to what the market says, Branko put a strong focus on the importance of a well-structured pitch as it will make startups see the projection of their product and its real value. Business model, calculation and market strategy are usually over-simplified and difficulties are not taken into consideration.

Reputation is another important factor in Slovenia as important key players are well aware of one another. Hence small investments are considered a local stamp of approval.

On top of the pitch and the reputation, Julian from Fil Rouge added that

“the interaction between the team, the credibility and the founders is what leads a business to scale up”.

Soon after, Maja Tomanič Vidovič, announced a considerable amount of funds - about €70 million - held by the Slovene Enterprise Fund (SEF) to foster new businesses. She mentioned there would be different ways of benefiting from financial help depending on the stage of the company. If the business is less than one year old, then SEF is able to offer a pre-seed grant (€54k), which should be enough to establish the company.

Maja also mentioned a new seed line - cohesion funds - which focuses on companies that already have some traction. The last and third line is the so-called ‘Fund of Funds’ where SEF plays the role of the investor and help startups go global.

European Investment Bank Slovenia and European Investment Fund, represented by Francesco Ferrero and Michal Košina, respectively, aim to finance more long-term projects and already-established businesses. They really want startups to get funded in Europe without needing to go to the US. Although EIF does not directly fund the startups, they work with the ecosystem, supporting it in other ways using intermediaries.

Slovenia does really seem to be helping its startups! Already looking forward to our next Access2Finance in Bucharest during iCEE fest.