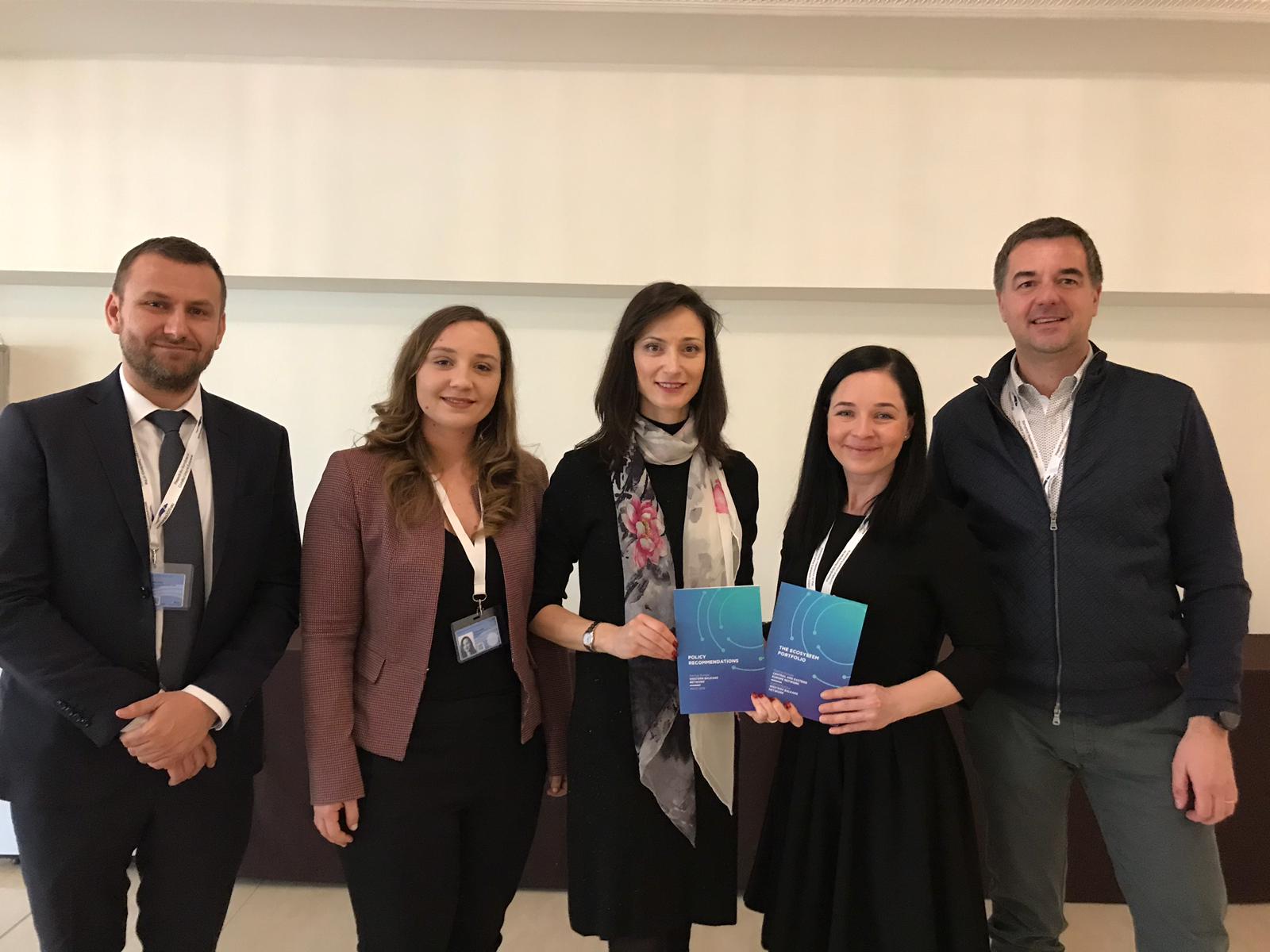 It was only on 15 November 2018 at Startup Europe Summit in Sofia, Bulgaria, that the Founding Members of the Startup Europe Central and Eastern Europe Network (SECEEN) and the Startup Europe Western Balkans Network (SEWBN) publicly signed a Joint Declaration aimed at reinforcing the tech entrepreneurship ecosystems of their regions. Four months later, the Founding Members of the Startup Europe Western Balkans Network (Seavus Educational and Development Center – North Macedonia; Serbia Start Up- Serbia; Oficina- Albania; Innovation Centre Kosovo- Kosovo*; Digitalizuj.me- Montenegro; SPARK poslovni park d.o.o- Bosnia and Herzegovina) are proud to present the first joint effort from the Network- the Policy Recommendations reflecting the main challenges the Western Balkan countries need to tackle in order to thrive and be further connected to the European entrepreneurial ecosystem.

In her opening speech in Cluj-Napoca, Romania, at the Startup Europe Summit 2019, Mariya Gabriel highlighted the perfect timing for the Startup Europe Central and Eastern Europe Network and Startup Europe Western Balkans Network to be established, which is why she supported their launch back in November.

“[The Networks] focus on existing barriers for growth in the region and this Summit, now in Romania, is crucial because they will present publicly a set of concrete and actionable recommendations for European leaders and policymakers” - Mariya Gabriel, EU Commissioner for Digital Economy and Society

The Commissioner strongly believes that the policy recommendations are just the beginning of a long journey and everyone’s support is needed for the winds of change to blow strong. Throughout her speech, she pushed for active participation from all startups coming from Central and Eastern Europe and, in particular, the Western Balkan region and stressed that the opportunities provided by the Digital Agenda for Western Balkans should be seized. This is the only way for a truly Digital Single Market to be created.

Soon afterwards, Mariya Gabriel was handed over the policy recommendations by Europa Media Group, the Hungarian founding member and the leader of the two Networks, about which she said:

‘This set of policy recommendations will facilitate the development of the Networks and contribute to the economic progress of their regions.’

Mariya Gabriel’s endorsement is already providing the boost that Western Balkan voices need in order to be heard by ecosystem players across Europe, thereby allowing everyone to benefit from a more equal and leveraged European startup ecosystem.

The policy recommendations, which are the very first joint endeavour of the Startup Europe Western Balkans Network, aim to facilitate the internationalisation of the Western Balkan countries and promote them in macroeconomic environments, as well as building bridges across the participating markets and cultures. In the long-run, the Western Balkan countries have a huge potential to become new hot spots attracting startups and innovators from all over Europe. However, common structural challenges must be addressed first through target measures. Some of the strategies that could be highlighted include building new collaboration mechanisms and support the existing ones, nurturing soft-landing opportunities and enhancing coordination both at national and regional levels.

* This designation is without prejudice to positions on status and is in line with UNSCR 1244/99 and the ICJ Opinion on the Kosovo declaration of independence.