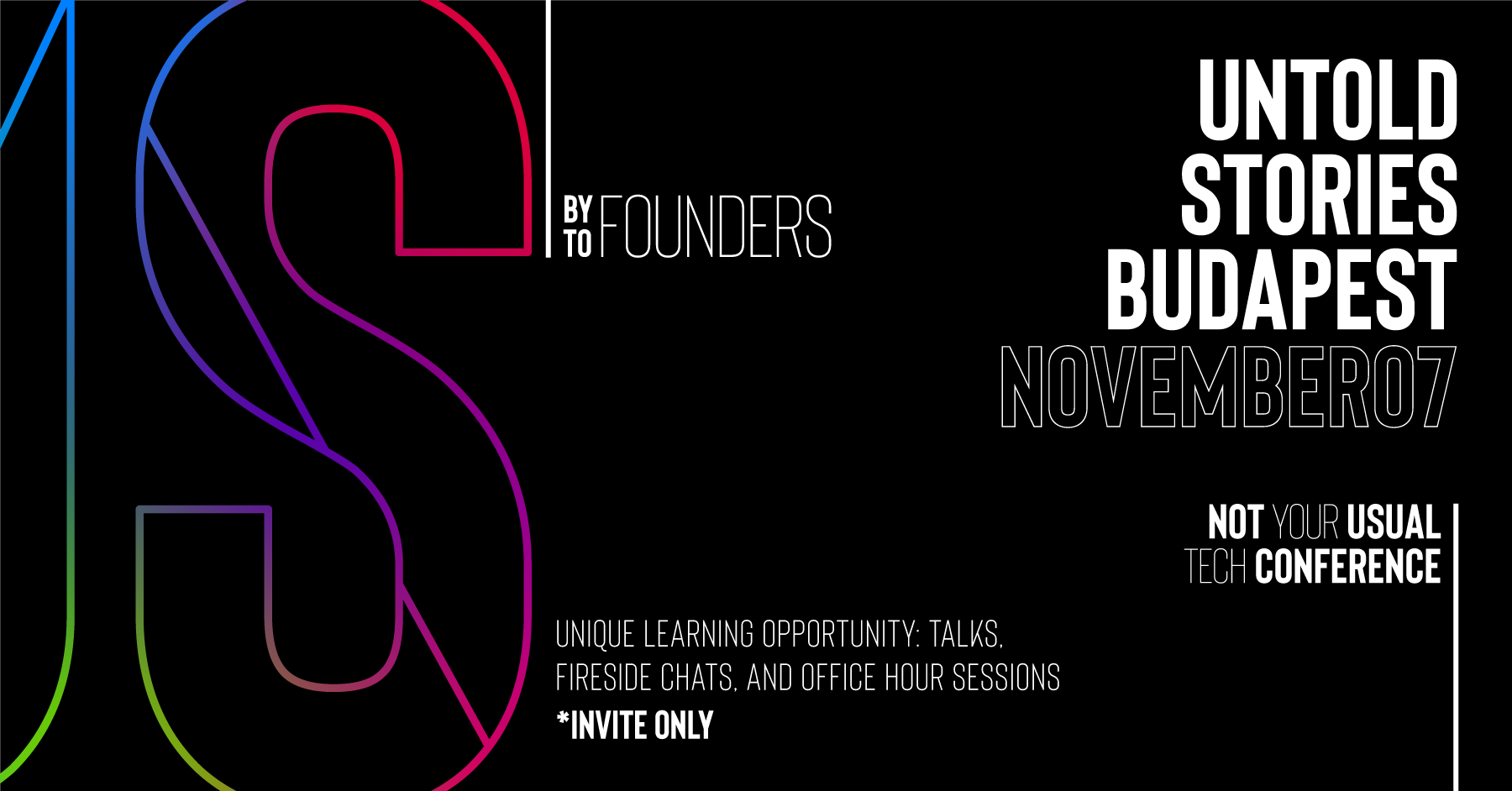 With the focus on Central and Eastern European startups, Untold Stories, an event sponsored by Kitchen Budapest, Microsoft, Hiventures and KPMG, will bring international speakers, mostly from Silicon Valley, to the Hungarian capital with the intention to strengthen the bond between the USA and the EU.

"The ecosystem from Silicon Valley is incredibly dense, tons of smart people, tons of competition ad you can learn really quickly. Whereas in other part of the world it is much more challenging. Where you can't go to an event every night and meet people who are in startups in most of the parts of the world, like you do in Silicon Valley. That’s why Untold Stories Budapest and similar event are so cool. Building connections between people who are doing similar things is super important because it is very difficult to build startups without community" says Zach Coelius, Founder-turned-angel & Syndicate leader.

What makes Untold Stories different to other startup events is that its name actually tells the audience what the focus of the conference will be. A no-frills event, where attendees will be able to engage in one-to-one discussions with the speakers via booking in advance office hours with them. In fact, the ratio startup-speaker is 10:1. Startup founders will be exposed to the invisible reality which lies behind entrepreneurship and will listen to those stories which are often untold due to the unwillingness of being acknowledged by the great majority of people. These stories are, however, the protagonists of this conference.

Having no more than one hundred startups attending the event will guarantee the preservation of an intimate atmosphere for participants to connect and learn from one another. Startups are asked to fill out a typeform and, as applications are accepted on a rolling basis, the spots available may be taken before the deadline.

Over ten top-notch speakers will travel to Budapest to share their insights and personal experience with a community of entrepreneurs and founders who will be granted the opportunity to book one-to-one meetings with them. Amongst some of the great international speakers who can be met at Untold Stories are founder-turned-angel Zach Coelius, Entrepreneur in Residence at Silicon Valley Bank, Shruti Shah, partners at 500 Startups, Marvin Liao and Sheel Mohnot and many more.

Selected startups will have the opportunity to pitch at Millenaris Startup Campus, a day prior to the conference on 6 November while all conference attendees will also be invited to Startup and Innovation Day right after Untold Stories.

As the last event of MY-GATEWAY, an EU-funded project which aims to boost entrepreneurship in the CEE region, Untold Stories aims to contribute to bridging the gap between the CEE and the rest of the world. Co-organised by Europa Media, IVSZ, Startup Hungary and Startup Europe Networks, Untold Stories came with the intention to stay.