Cargonexx, Cocolis, Klaxit and MaaS Global win the first edition of the EUSP for mobility 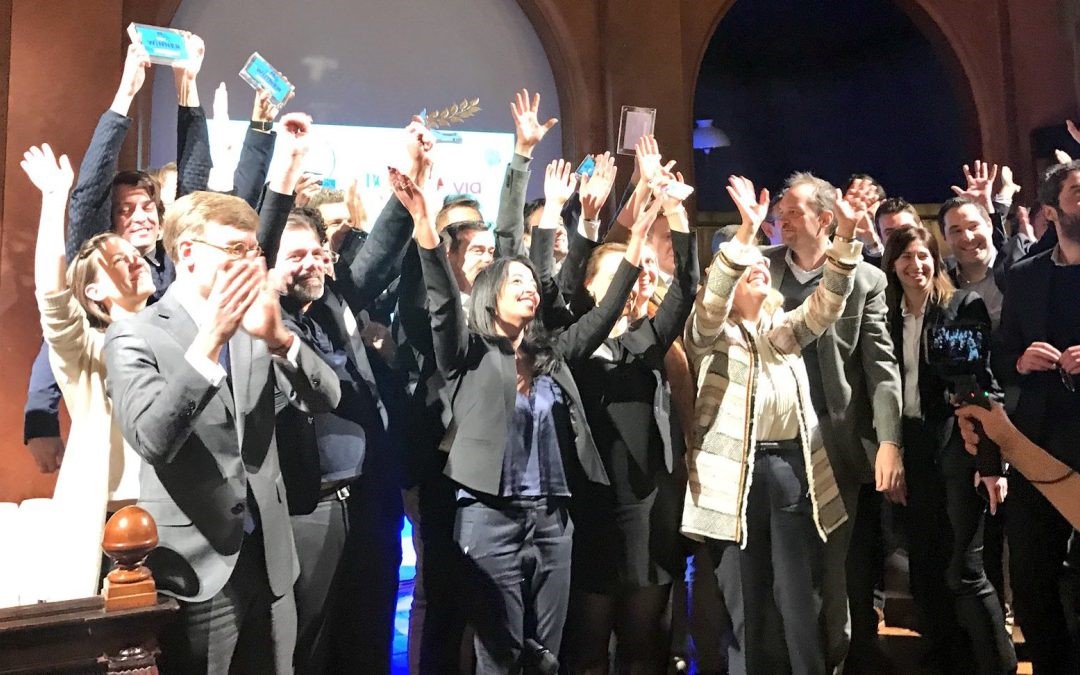 The major European mobility players met yesterday in Brussels for the closing ceremony of the European Startup Prize for Mobility, during which the 10 finalists of the prize met in front of a jury of experts.

Thursday 22 February was marked by innovation and mobility in Brussels, where major groups, startups, politicians and experts in technology and transport met for the closing ceremony of the European Startup Prize for mobility, during which the prize’s four winning startups were selected. It was also an opportunity to pay tribute to the careers of three European mobility successes, Drivy, Stuart and Taxify, who received a special mention from the jury, along with Switzerland’s BestMile.

Selected by the jury of the European Startup Prize for mobility from among 500 candidates on criteria such as their ecological and social impact and the degree of innovation of their product or service, 10 finalist startups pitched their businesses in front of ten personalities from the world of transport, technology and economy, as well as the co-founders of the prize: MEP Karima Delli, the Boston Consulting Group and the startup accelerator specialising in new mobility, Via ID.

Focus on Cargonexx, Cocolis, Klaxit, and MaaS Global who stood out and won the first edition of the European Startup Prize for mobility.

Cargonexx – Allemagne
Cargonexx reduces empty runs in truck transport through artificial intelligence. Since its start last year, the German startup is building Europe’s largest network of truck capacities with already more than 60.000 trucks. Shippers can order truck loads with just a mouse click. The orders are forwarded automatically to the truck that best suits the tour. Self-learning neural networks predict peak loads and send the trucks to where they are needed in advance. A win-win-win-win situation: the shippers save money, the transporters earn more and we all have less trucks on the roads.

Cocolis – France
Cocolis is a platform that connects people who need to send something with drivers who travel with an empty trunk. Shipping costs can be very expensive, especially for heavy or bulky items. With Cocolis everyone wins: senders pay up to 80% cheaper and bringers save money on the road while helping. A deal with MAIF allows us to insure all items on the road up to 2000€. Cocolis operates in France and in the nearby countries of Europe.

Klaxit – France
Klaxit is a carpooling specialist, focused on commuting. It is the French leader, thanks to its 100,000 daily trip o ers and its 700 client sites. Klaxit has developed a unique methodology to help companies develop dense carpooling networks, increasing the accessibility of their site, the purchasing power and the well-being of their employees. Klaxit counts several mobility specialists as stakeholders, whether as investors, business partners or clients, proving their trust in its solutions.

MaaS Global – Finland
Imagine if all your daily travel needs would be covered with one simple app and payment – directly from your mobile. Travel as much as you like with a flat fee, or pay-as-you-go, with public transport, taxis, cars, bikes and more. MaaS Global Ltd is bringing into reality the concept of Mobility as a Service (MaaS), by building the world’s first mobility ecosystem. Our revolutionary mobile app, Whim, brings all means of travel together and liberates people from the high costs of owning a car.

For Karima Delli, who is behind the award,” The European Startup Prize for mobility will now give these startups the boost they need to take on a new dimension, offering them international visibility and accompanying them in their development. This award represents a first instance of European recognition for them, and positions them as leaders in sustainable innovation in their market. ”

A first impetus that will enable them to develop in other markets, notably through tailor-made support designed by The Boston Consulting Group, Via ID, Parallel Avocats and Grimaldi Studio. They will also take part, along with the six other startups that took part in the pitch, in a tour of the biggest European tech events during which they will meet investors, partners and their potential future customers.

The ceremony was also an opportunity to highlight three European startups who paved the way for the winners of the European Startup Prize for Mobility by awarding them an honorary prize. The French successes Drivy and Stuart as well as the Estonian Txfy were awarded for their careers and the quality of their European development

Due to the high quality of some projects from outside the European Union, the selection committee has finally decided to create a special prize. For this first edition, the winner is the Swiss startup BestMile, an award-winning autonomous vehicle fleet management platform.