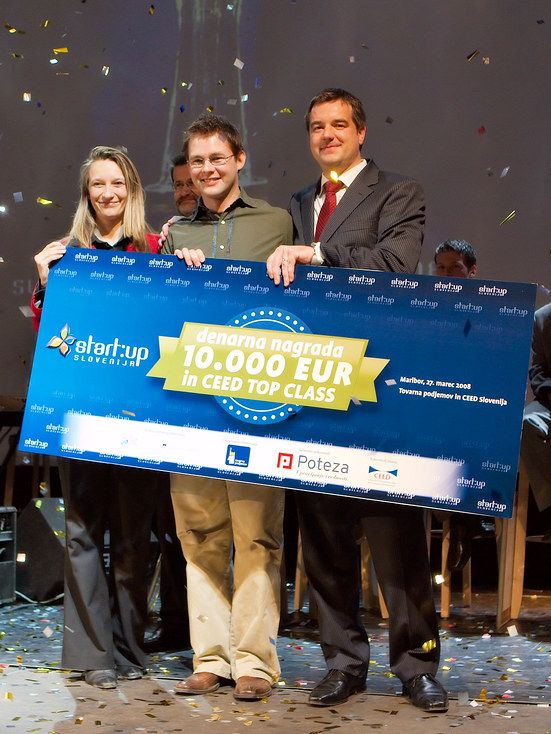 The Slovenian startup ecosystem has developed fast in the last six years. While the first fast growing startups were created in mid-2000s, the ecosystem has really taken off after the economic crisis hit Slovenia after 2008 and in particular after 2011. According to the 2016 Startup Ecosystem Report, this has resulted in significant increase in the funding raised by the startups, leading to 100 million € capital raise in both 2015 and 2016 (a number already exceeded in 2017). Since 2005, 258 startups raised over $350M in over 400 transactions.  Many startups are also bootstrapping – financing their development from their revenues – and can thus finance their development without capital raising.

Additionally, Slovenian startups are among the most active in the world in certain specific areas, with the most prominent example being crypto-currencies and ICO’s. Many such startups are operating in Slovenia and their results will only become apparent in the next years. Slovenian startups have achieved significant investments and exits. Exits of some of the most promising and visible companies like BitStamp have increased media attention and increased the awareness and attraction of entrepreneurship and start-up creation as a viable career choice for younger generations – often building upon the existing attraction of IT development service companies that have been established a few years ago. A total of 10 % of funds raised by the Slovenian startups come from different crowdfunding sources, especially Kickstarter where Slovenian projects are among the most successful (per capita) in the world. Nevertheless, government and accelerator funding are the key funding source to a number of supported startups, showing their importance in the early/ seed stages of the startup development. Merely 5 % of the invested capital is coming from Slovenian investors, which shows certain under-development of the Slovenian capital market even though it is probably the most developed country in the region. As regards the development of the ecosystem, emphasis has moved from quantity to quality, fragmentation is being replaced by collaboration of key stakeholders which have become a crucial partner in policy dialog.

In recent years, the number of start-up support entities and events has increased in numbers and the quality is steadily improving as well. In accordance with the ecosystem development phase, entities and activities from the capitol city Ljubljana are expanding into other major Slovenian cities, usually university cities (especially Maribor, Koper, Nova Gorica).

The Slovenian start-up ecosystem is quite tightly knit. Many people know each other on a personal basis and are open for mutual cooperation to facilitate the advancement of the ecosystem. Formal cooperation between stakeholders is taking place under the Startup.si association. According to the Southeast Europe Startup Report 2018 by EIT Digital and ABC Accelerator, the startup ecosystem has a good balance between public and private institutions, different types of stakeholders (incubators, funds, public institutions etc.) and even with some corporations. In addition, it is also very open to cooperation with neighbouring startup ecosystems, in particular with Italian, Austrian, Central eastern Europe and Western Balkan startup ecosystems.

Startup Slovenia is interested in creating new collaborations, meeting with investors and discussing potential opportunities that can improve the Slovenian ecosystem.